We’ve all heard the stories…Howard sofas appearing in auctions and selling for less than £100, Howard armchairs discovered in a barn – like an old classic car. Now usually we would laugh at these tales and put them down to just another upholsterers urban myth but even we have our own tales to tell.

We do know the upholsterer that was called to a local farm to see if they wanted any furniture before it went on the bonfire. Even from 50 paces they recognised the Howard and Sons lining and kindly told the friend they would take it off their hands for free. Another colleague at a local evening class witnessed an iron back being ripped out and asked if the owner would mind if they could have a piece of the “original fabric”…. which again was the iconic Howard and Son lining.

So what is it about Howard and Sons armchairs which allow them to achieve such high prices at auction sales ? They were aimed at the top end of the market and  the company displayed their designs at the important exhibitions of the time. We’ve never been lucky enough to work on a specific Howard sofa or chair so we can not comment on the upholstery techniques involved but we have traditionally reupholstered many many Victorian chairs which are just as comfortable and extremely well made. One could argue that other makers that produced chairs for the wealthy middle class market had greater influence and it should be these manufacturers which we should be looking out for at auctions; William Smee & Sons, J. Schoolbred and Company, and C. and R. Light to name a few. Perhaps these offer a great alternative especially as the high prices which Howard and Sons command bring with it the not so genuine sellers on online auction sites.

What is important when buying any antique Victorian chair is that it must be fit for purpose. If it looks great, feels comfortable and you really love it, then this must be the driving force regardless if it is stamped or not. In fact, surely that it has survived over 100 years is testament to the quality…..so rather than purchase that mass produced armchair from the high street retailer go make friends with the local upholsterer. They’ll even throw in a cup of tea. 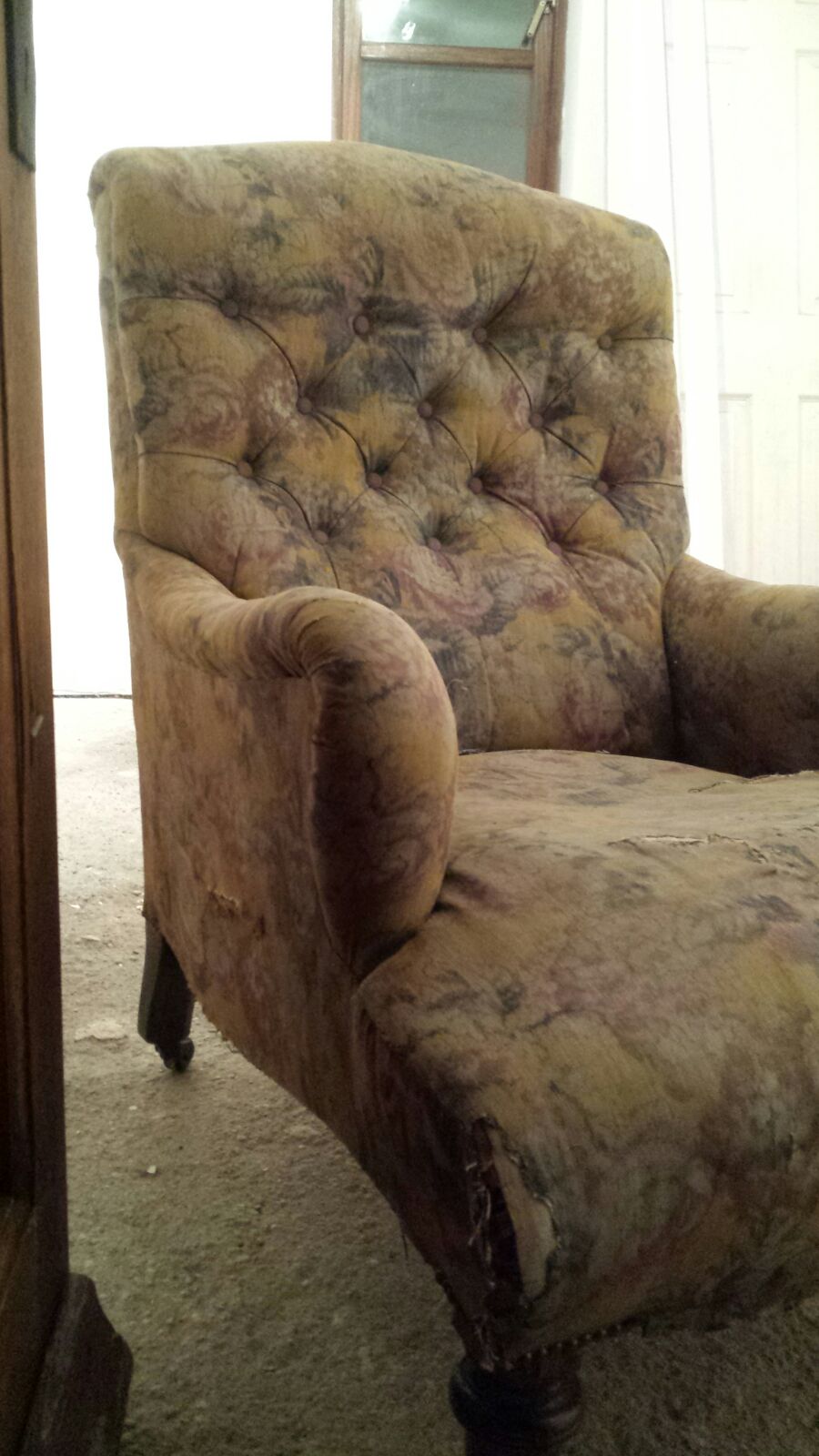