Whilst we try and polish off the post chocolate Easter buttons, we started thinking of the buttons in workshop, as we’ve been making quite a few lately.

Now we like rhymes, such as “Dan, Dan the Landlord Man” and “Neil, Neil…buy us a meal” It was the 80s and times were hard…however, we still have a tendency to use nicknames. We currently have the teenager driving “Wanda the Honda” and we would like to introduce “Billy the Button Machine”.

At this point, we would like to mention that any naming of a workshop items does not relate to anyone we know either living or otherwise…and that Billy was found online by Cally and is noted in the pre nup that she will have custody if we were ever to divorce.

Billy is a “Little Marvel” by Victory and is a heavy little thing which you need when making buttons. There are many button machines on the market but you really can’t go wrong if you spend some money on something like Billy or an Osborne button press. Do not be tempted by a sub standard copy as they are just not up to the job. Just as important as the press are the dies and cutters that you need to make the buttons. These come in different sizes and need to be heavy duty, again do not be fooled by cheap copies. We were lucky as Billy came with a huge amount of bits which included three different size cutters and dies and if you are looking to buy a second hand button machine, make sure it comes with these bits as the die and cutters are not cheap and each set can be as much as the machine itself.

We thought we would take you through the process of making the buttons.

Firstly, we decide which size button we’re making and use the cutter to create the correct size. Now we use scissors to cut out rather than Billy as we never have a huge amount to do in one go. 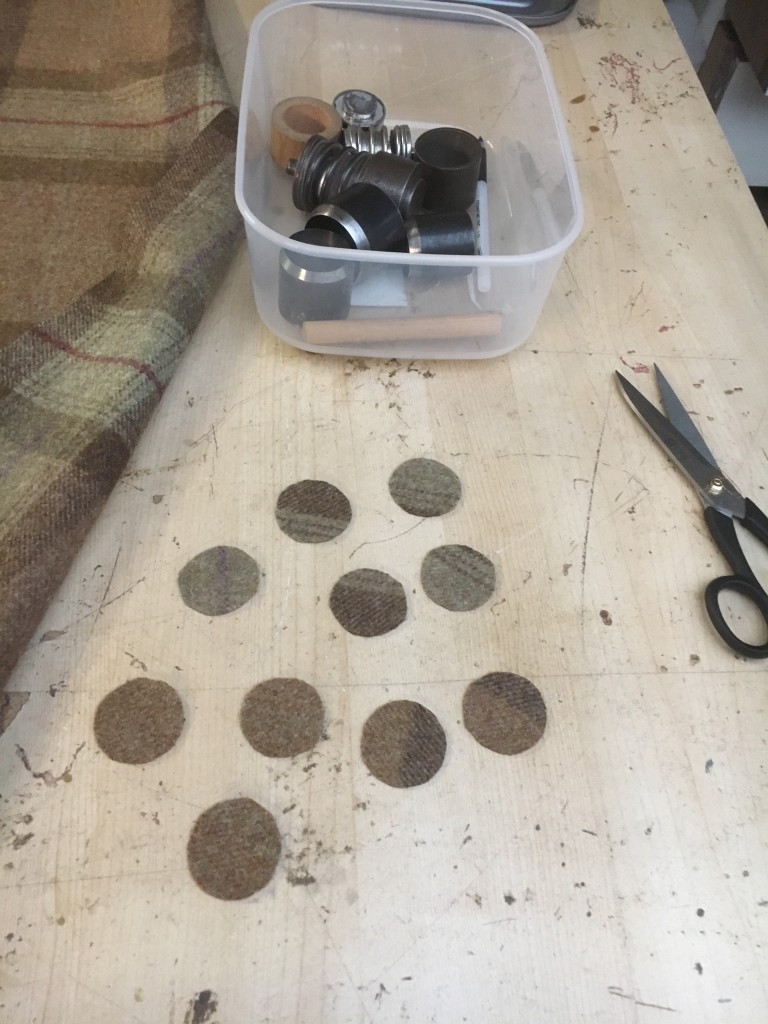 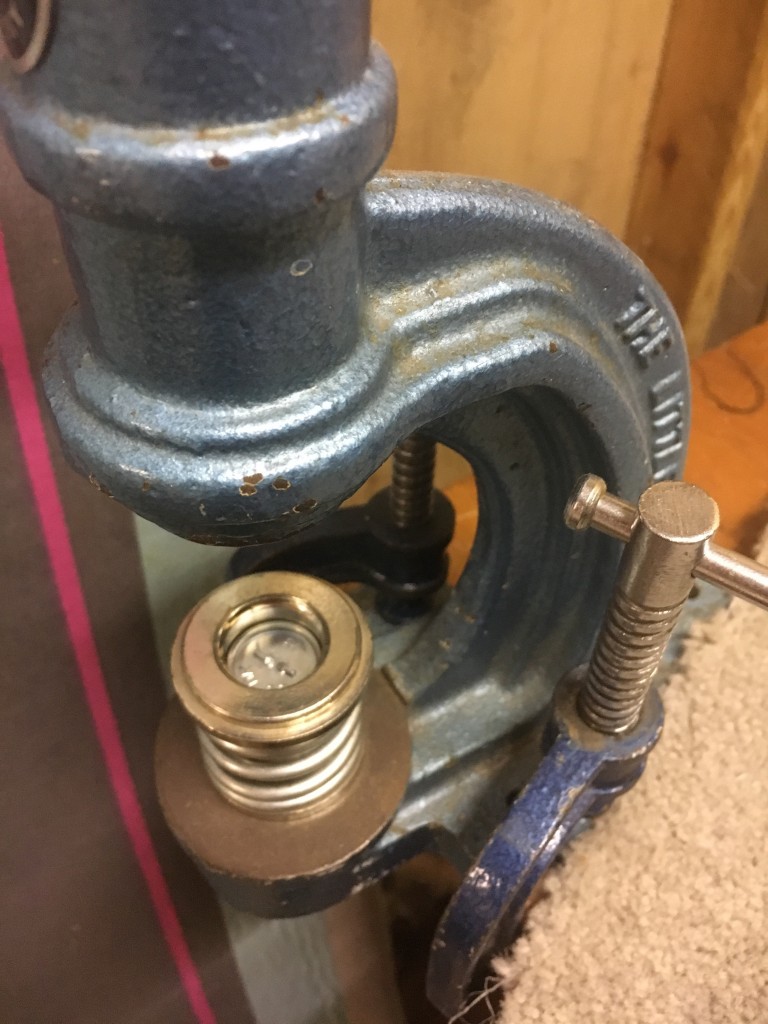 The second part of the die set is used with the fabric. 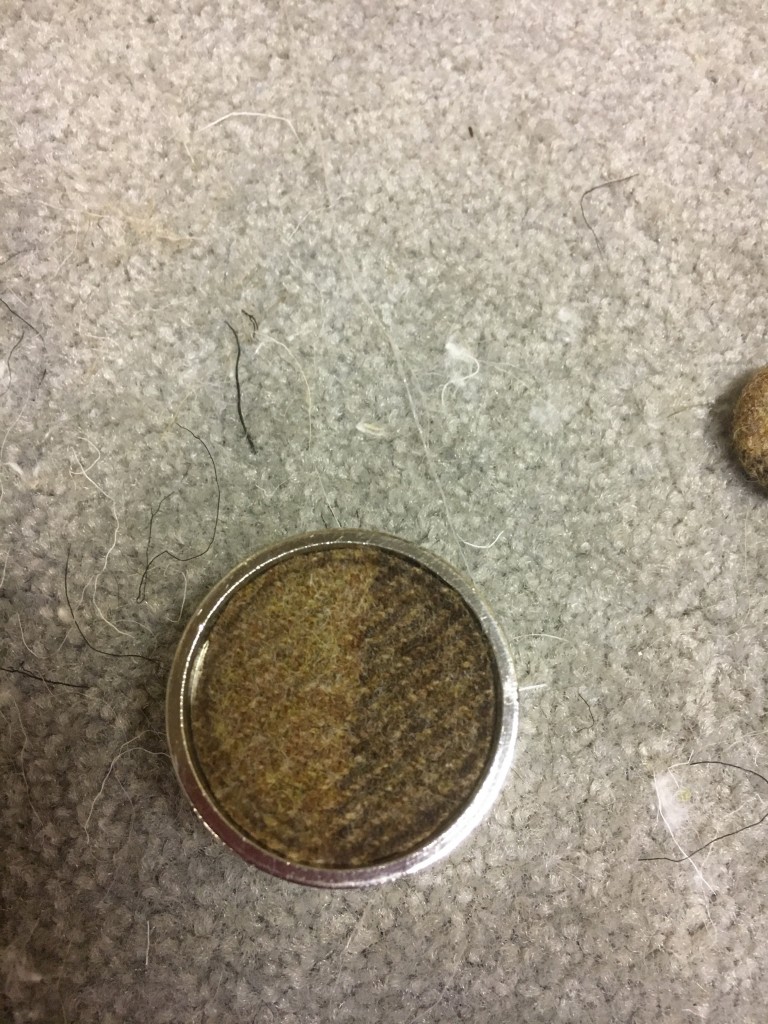 The button top is placed on top of the fabric. 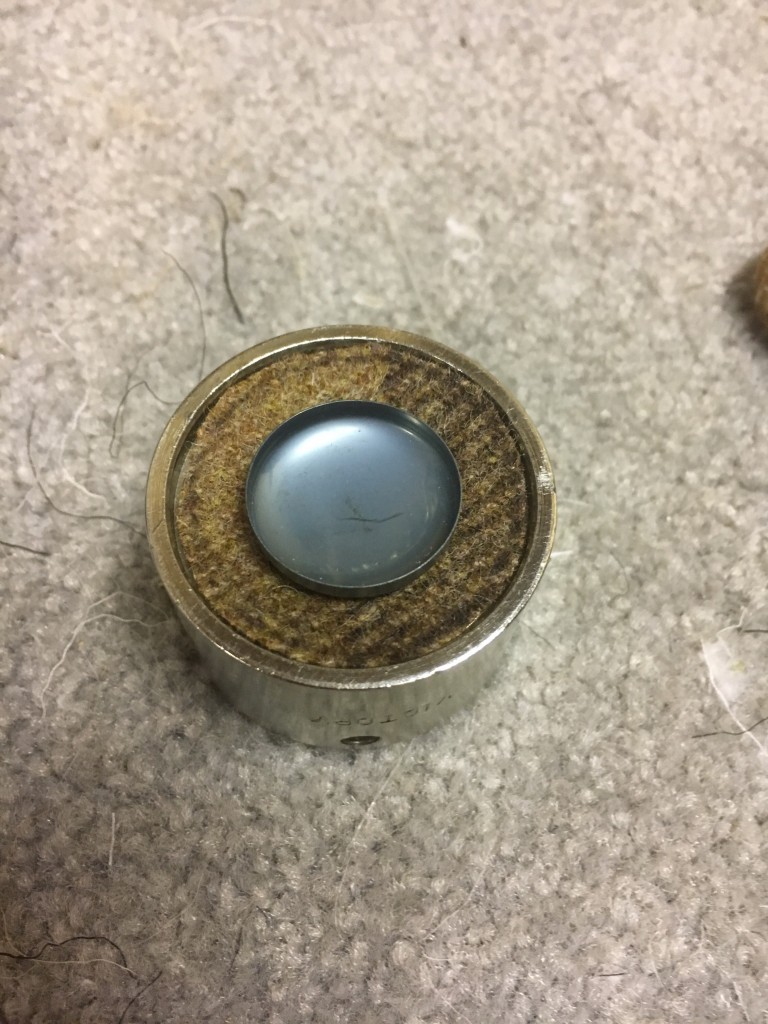 Using what we call our button “dobber”, the button top is pushed into the die. 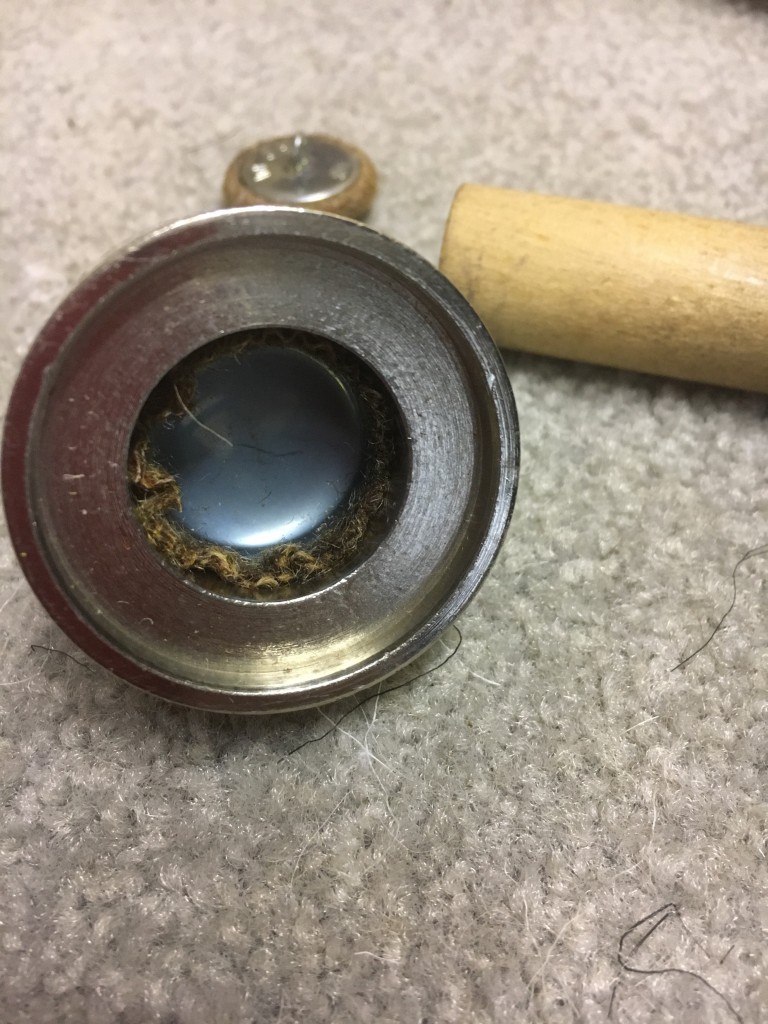 This is then placed on top of the other part of the die and the handle is then turned to create the button. 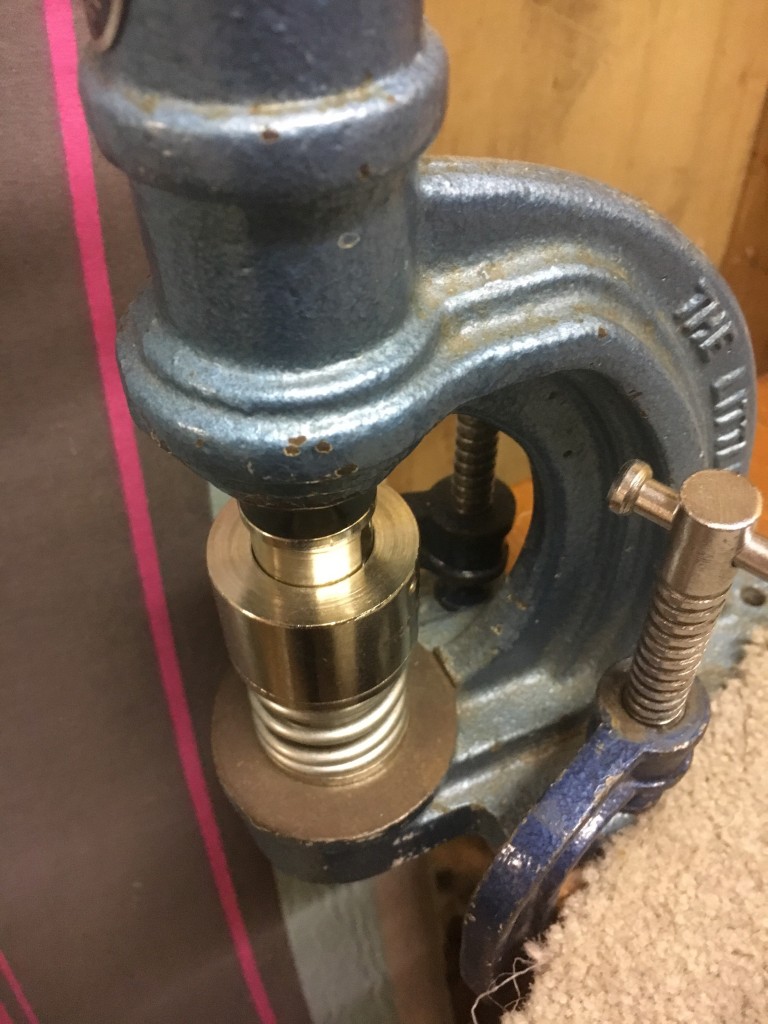 The completed button ready to be eased out. 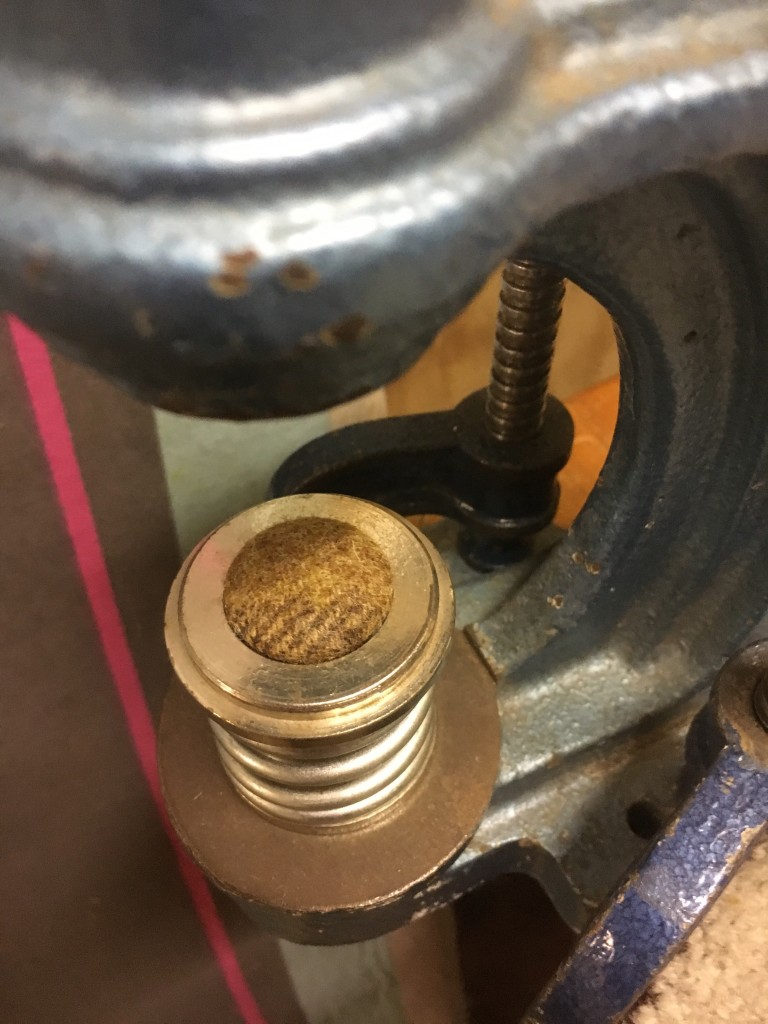 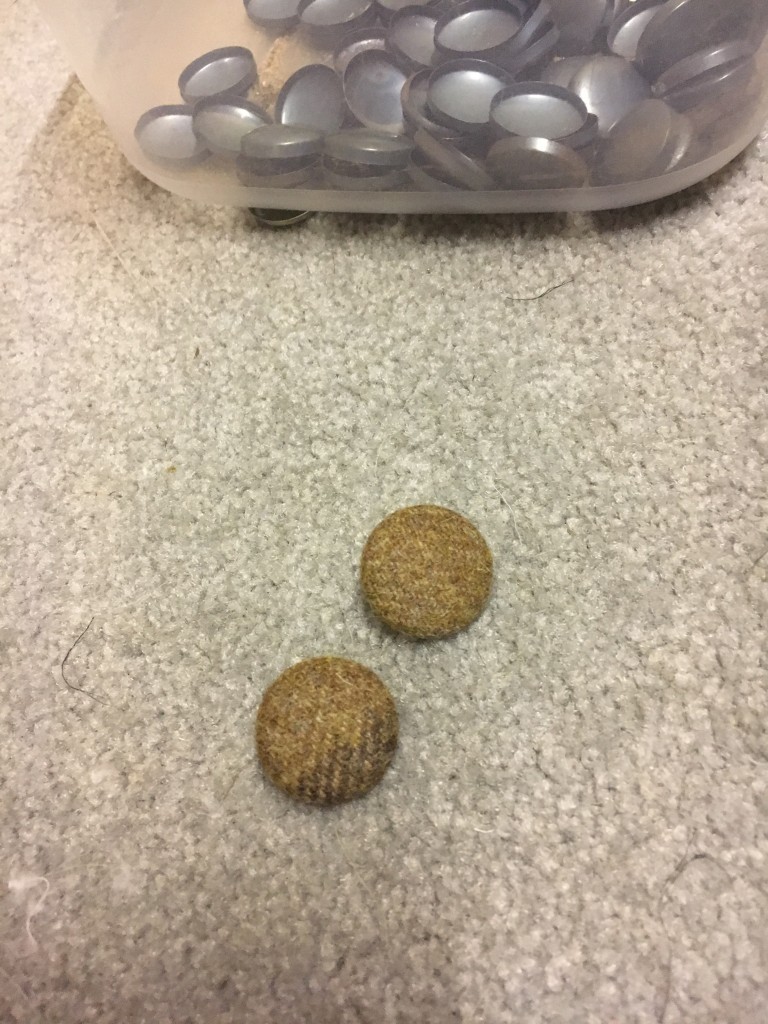 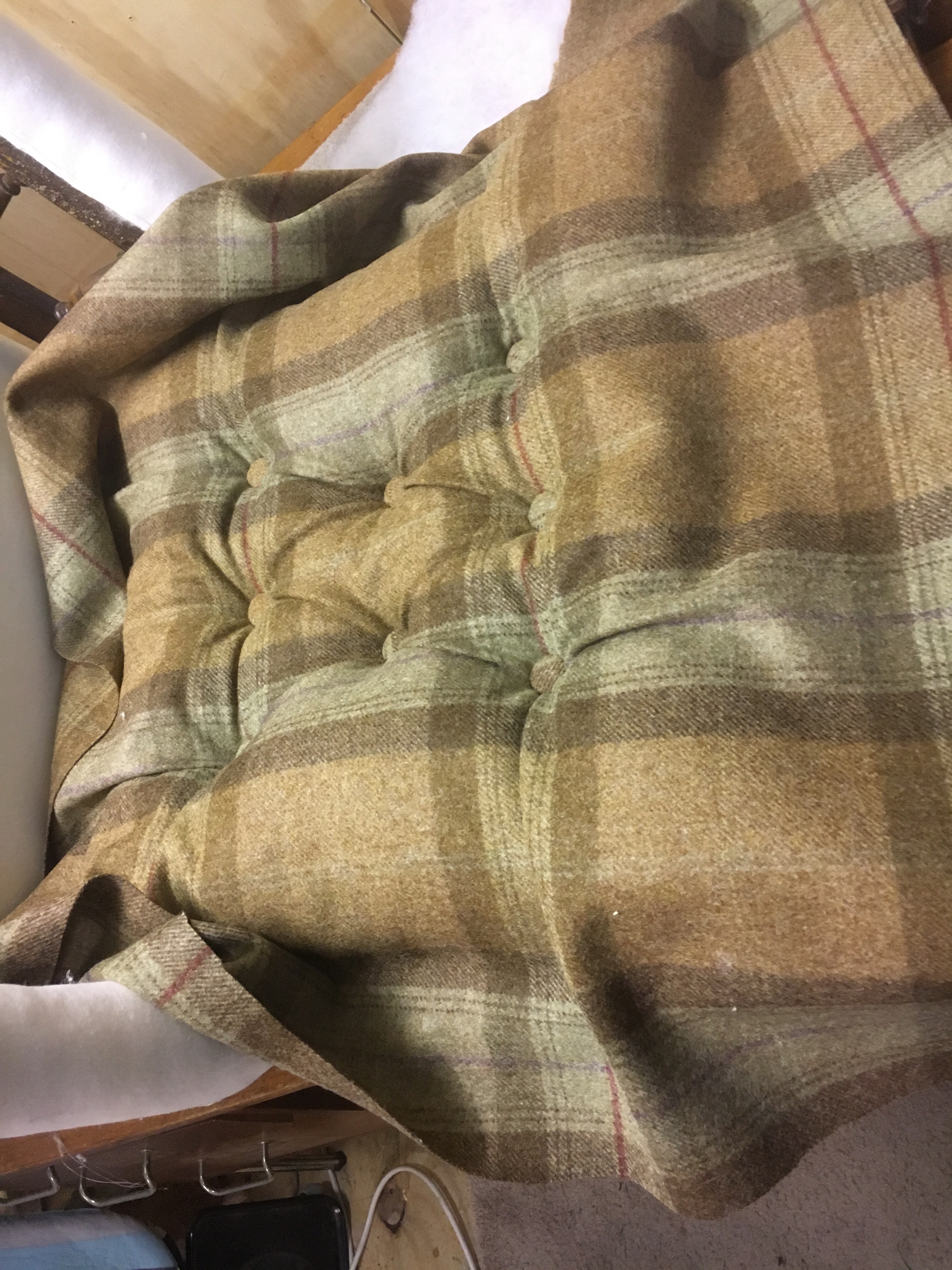