We’re hoping that someone can help us with a pair of chairs we’ve acquired.

We haven’t seen anything quite like them before and believe they were purchased from Arding & Hobbs department store at Clapham junction during the late 50s/ early 60s.

They are completely original although missing their seat cushions and have never been reupholstered. They have a metal frame but with Pirelli webbing on the seat and back, held in place with metal clips and brackets. The arms have a layer of horsehair and foam has been used before the top cover which has been secured in place by pop on rivets similar to ones found on a classic car tonneau cover. The material used to cover the metal frame on the inside arms is black and similar to again a classic car door panel – one can see it under the horsehair in one of the pictures. The back cushions are also filled with horsehair and the legs are wood but a typical mid century shape.  Some aspects of their design echo Ernest Race and his Flamingo chair and if anyone can shed some light on these, it would be greatly appreciated. We don’t want to start restoring them just yet in case they are something special. That and they look as if they’ll be a nightmare to do…laughing face.

In the words of Toyah….it’s a mystery. 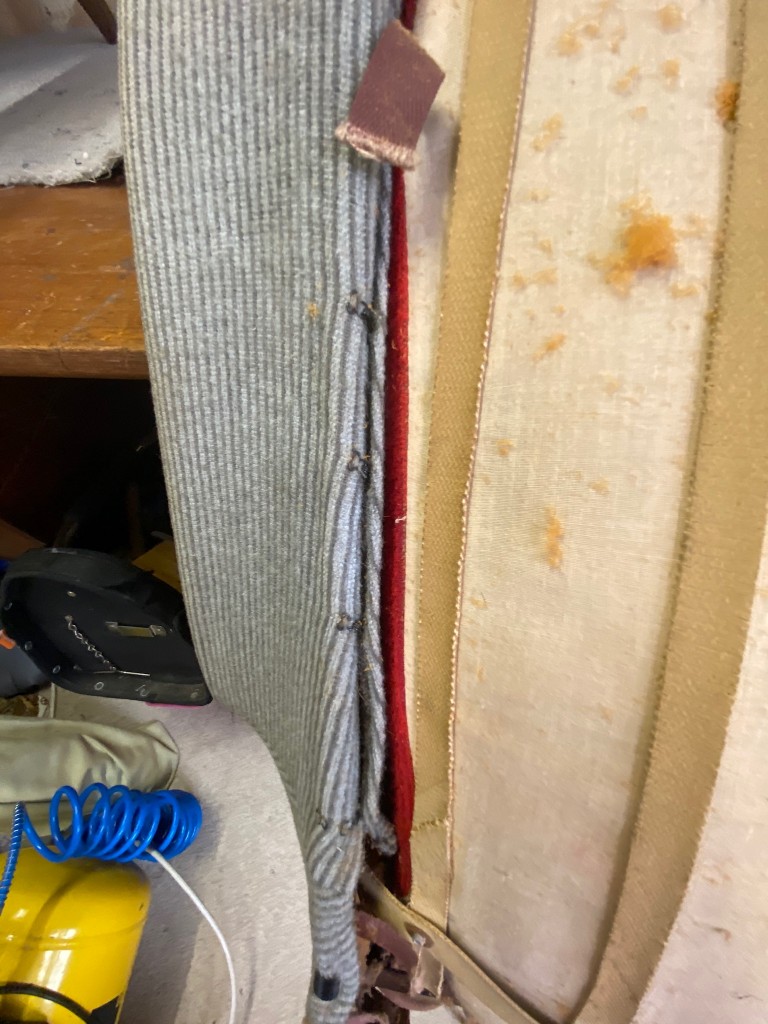 Rivets holding back cushion in place Underneath chair, no makers mark Arms with thin layer of horsehair