It’s been all go in the upholstery workshop recently especially after the summer holidays but we managed to have a little trip out to Decorex 2014 at Syon Park in London. We try to go each year as it’s an oppurtunity to see the new fabric trends coming out in the new year and it [More…] 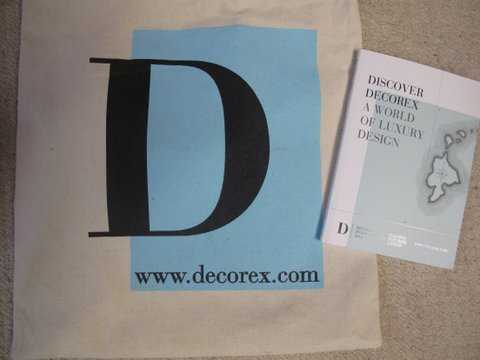 Friday nights in Dorset do not get more rock ‘n’ roll than this. We escaped to the border…well the Wiltshire border…and found ourselves just outside Salisbury at the Netherhampton Auction house. After a chip supper (no fish), we spied a rather interesting Victorian chair. Whilst the chair looked OK, on closer inspection it was very [More…] 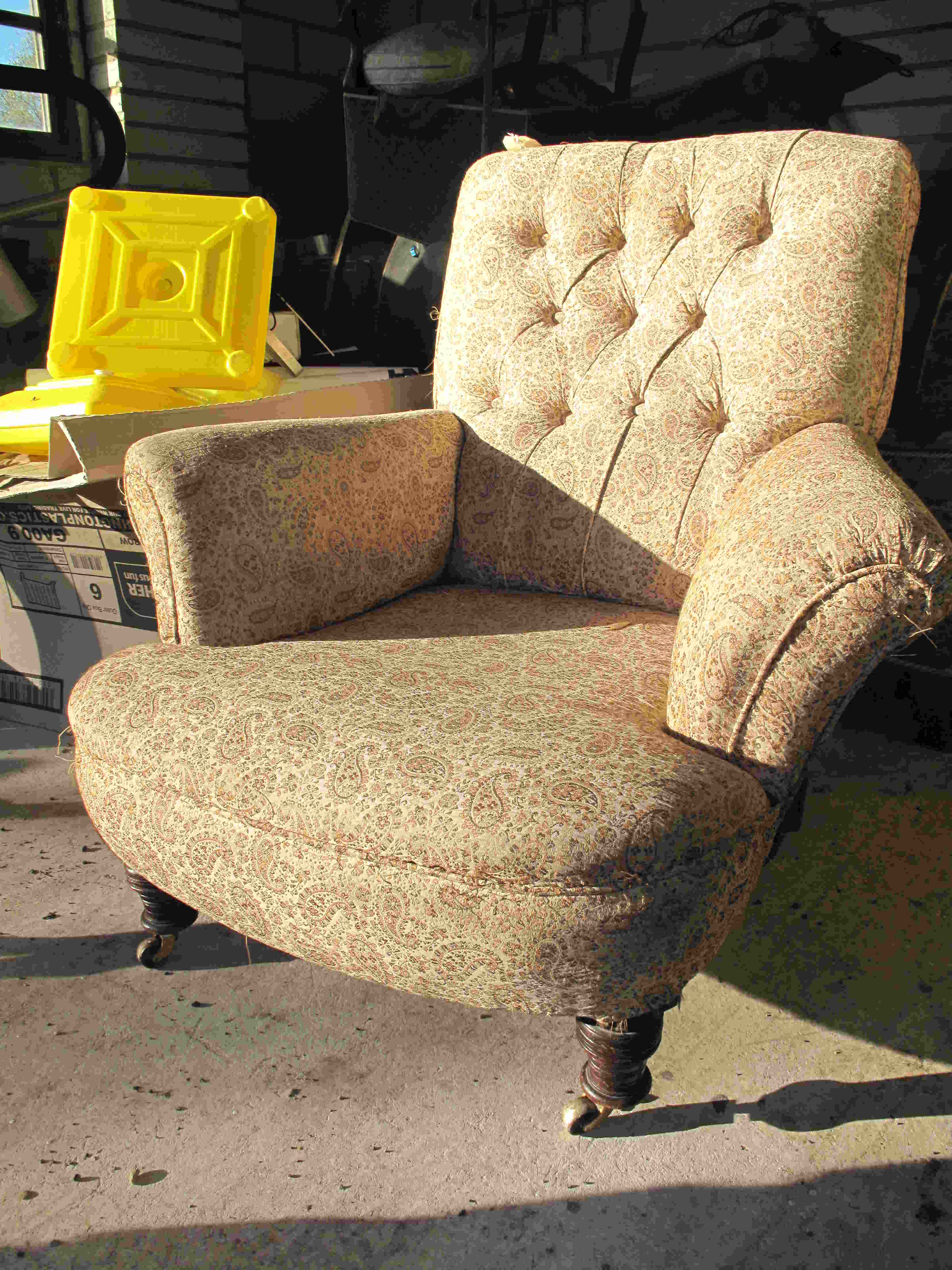 This September has seen us take on a rather sorry looking Georgian style chair. It had probably been re-upholstered back in the 1980’s, in a green velvet but the client had discovered that a modern mid century designed day bed she had was covered in a Bute Turnberry herringbone check fabric and she wanted the [More…] 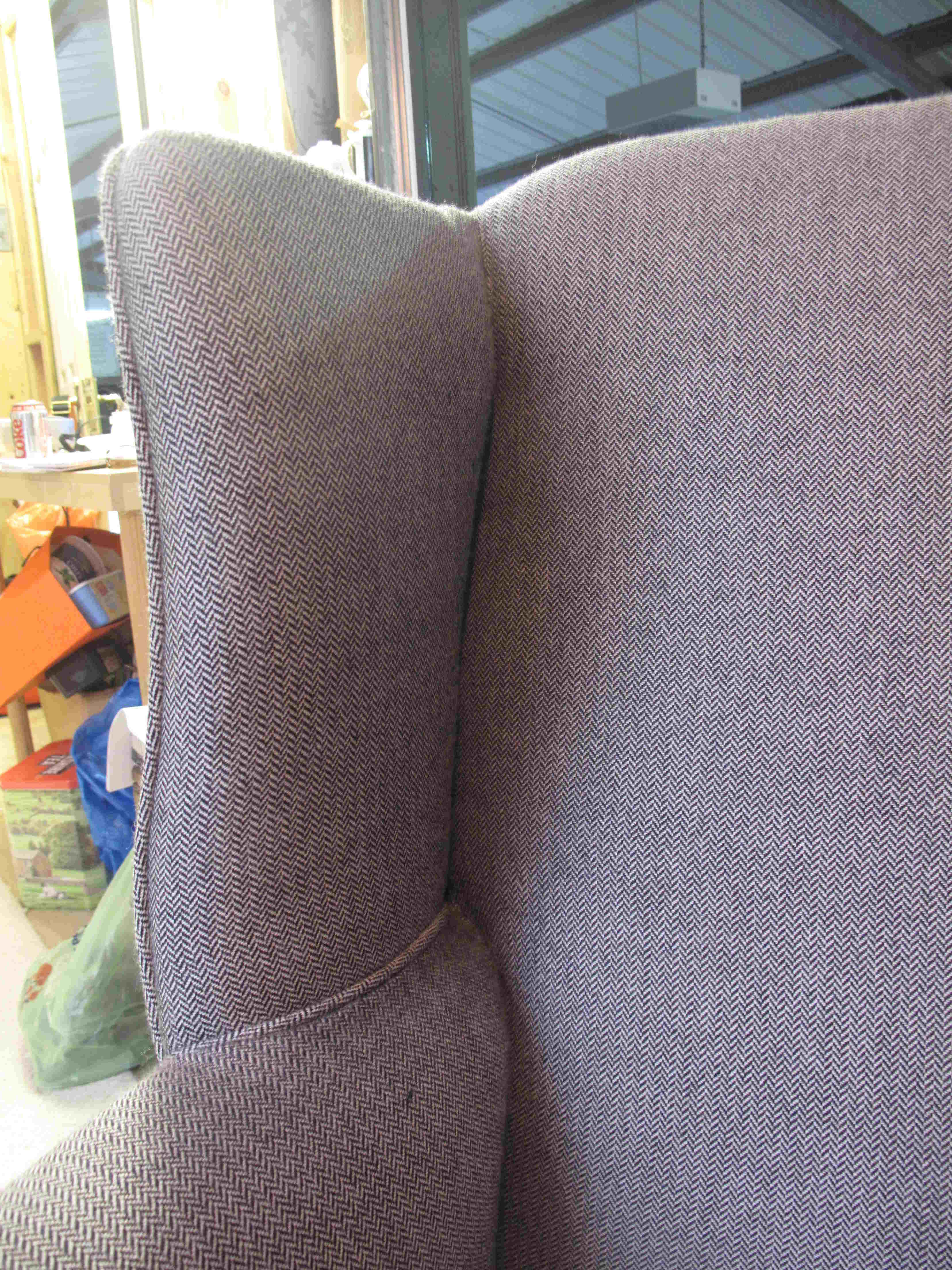 Its about time Dave had a little blog spot especially as he’s worked very hard the last few weeks making us a wooden trough to hold all our rolls of upholstery fabric and hanging more hooks for our ever increasing supply of measuring tapes. After perusing various books on patterns for different rush designs, he [More…] 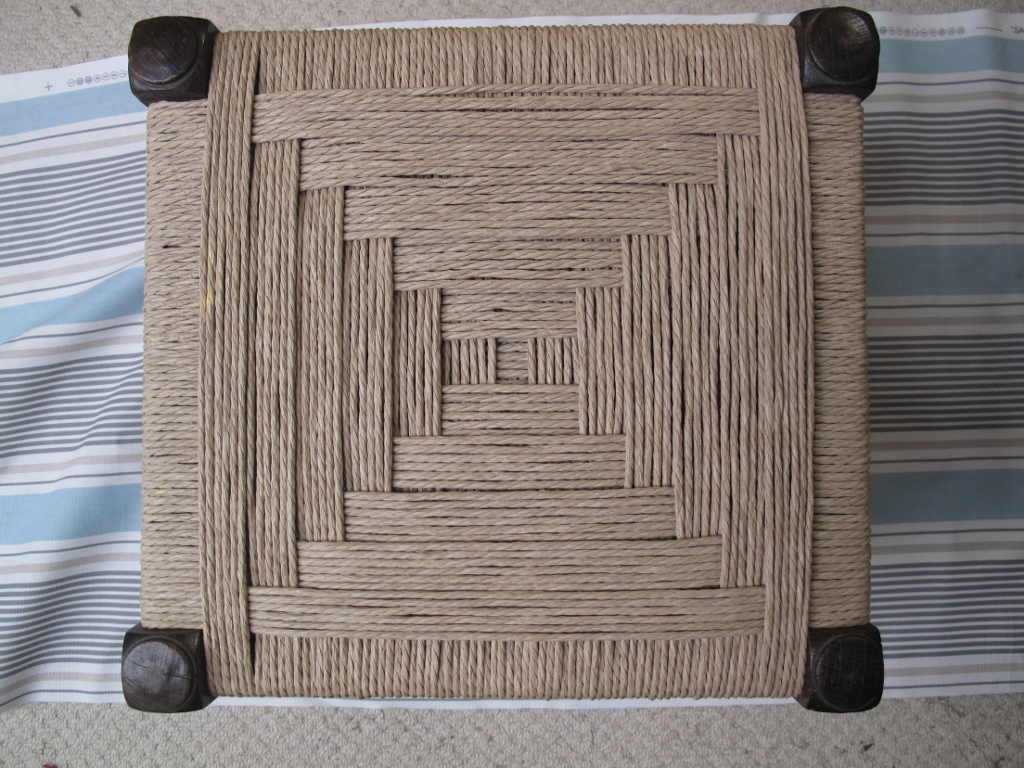 Before we all went on our summer holidays we had a beach themed re-upholstery recovering job to complete for a client. The two Parker Knoll type fireside chairs were originally covered in a patterned blue dralon material and as the client was making a chill out beach style room, complete with painted wooden cladding, they [More…] 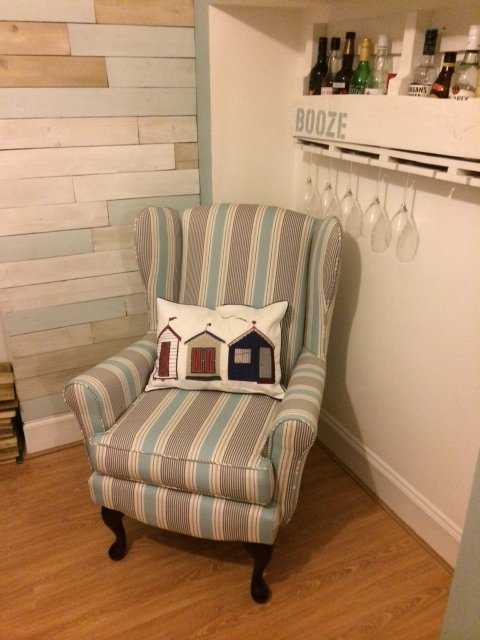 After a busy few months we finally allowed ourselves some down time with a trip to the local auction. Now the nearest one to the upholstery workshop is very interesting with lots of areas selling at the same time and on our initial scout around we noted a couple of “egg” type chairs and some [More…]

The pretty Victorian iron back armchair covered with the Emily Burningham red linen fabric has now been finished and is being enjoyed by the clients. I’m hoping their cheeky border terriers aren’t enjoying it though! We were really pleased with how this chair turned out with the contrast duck egg blue silk buttons and piping. [More…]

We’ve all been busy in the workshop this month and one of the transformations has been this Georgian style armchair which was previously upholstered in a plain blue fabric but now has been covered in a rather funky Abraham Moon multi coloured wool. The material is the grey multi spot from the Dales Collection but [More…] 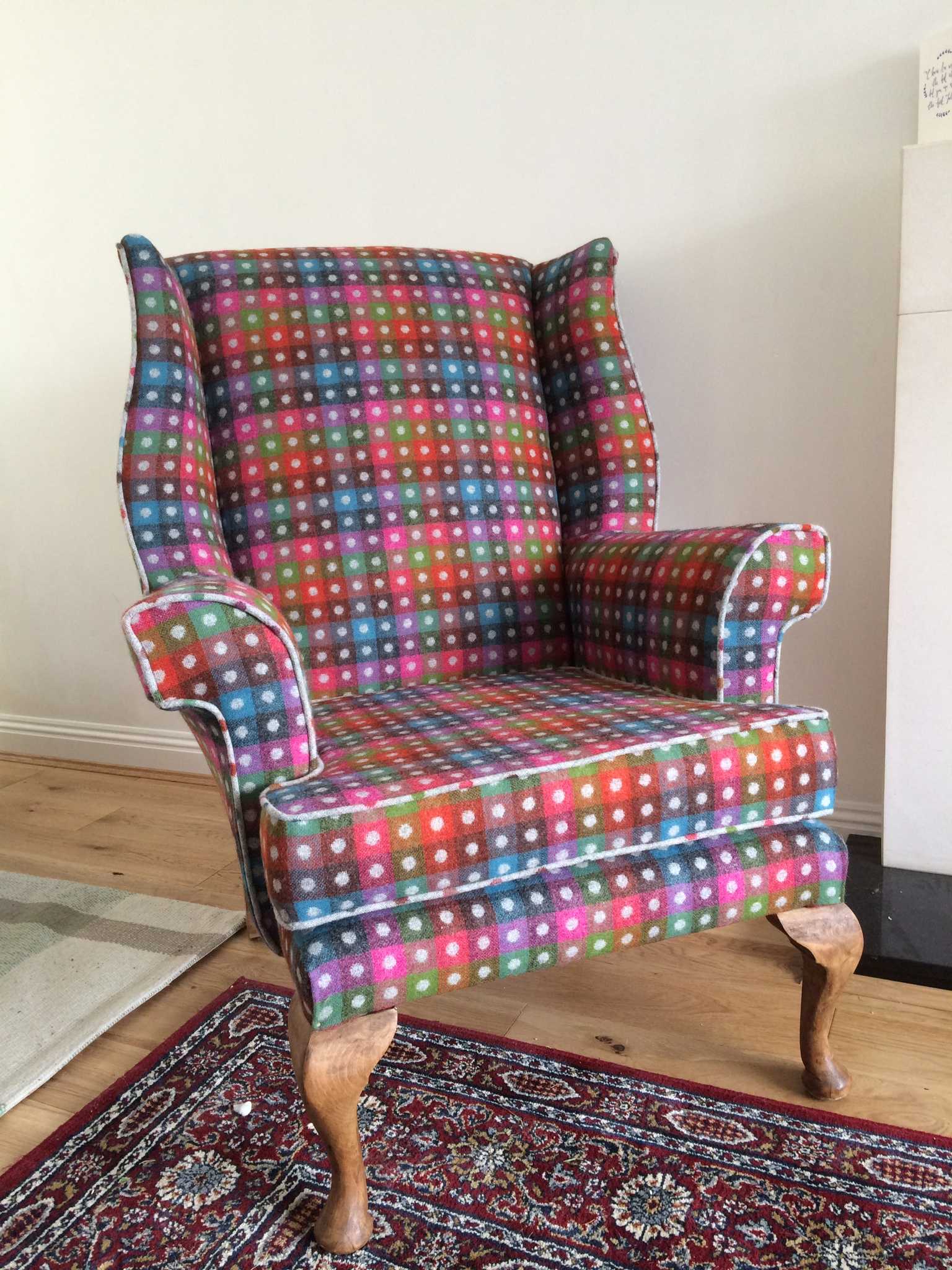 It’s not just soft furnishings, pretty fabric and pictures of kittens in the workshop, we also have a macho man hiding in the eaves. His name is Dave and is a handy asset to have around. Not only is he a dab hand with the drill and screwdriver, putting up shelves and the odd disco [More…]

An update on the Victorian iron back with buttons

The Victorian Iron back armchair that was featured in a previous post is coming along nicely. The top fabric is an Emily Burningham linen and the buttons are covered in a contrast duck egg blue silk. Although the fabric is rather delicate for an upholstery covering, the chair is for occasional use which will be [More…]

Tagged: Tales from the workshop