And Now For Something Different

Here we are again, another Lockdown. We have continued working but due to family shielding and commitments, we’ve not been at full capacity but realise we’re lucky that we’ve been keeping safe and relatively sane. Be aware though that it may take longer to reply to enquiries either via phone or email. We would like [More…] 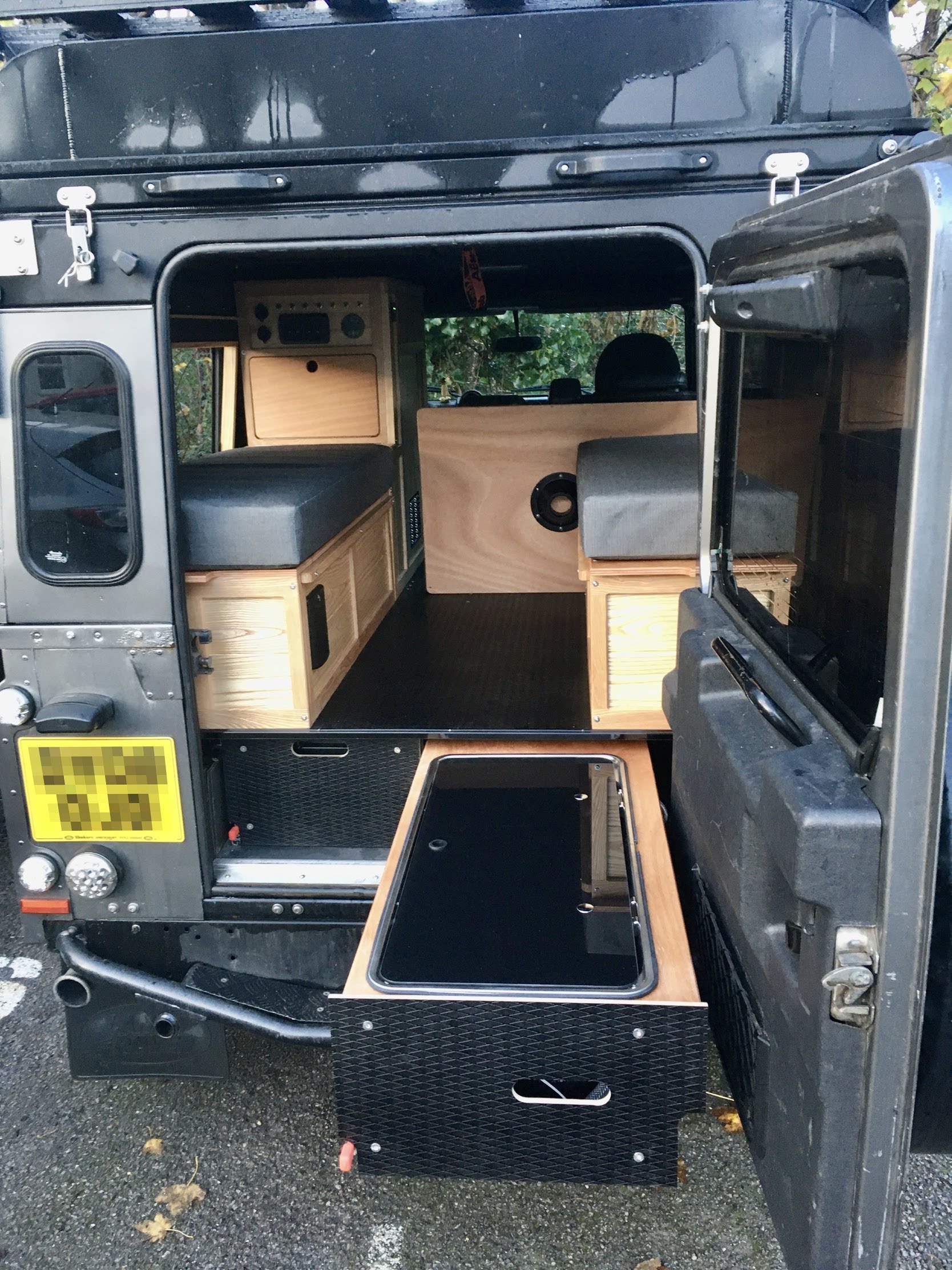 We’re hoping that someone can help us with a pair of chairs we’ve acquired. We haven’t seen anything quite like them before and believe they were purchased from Arding & Hobbs department store at Clapham junction during the late 50s/ early 60s. They are completely original although missing their seat cushions and have never been [More…] 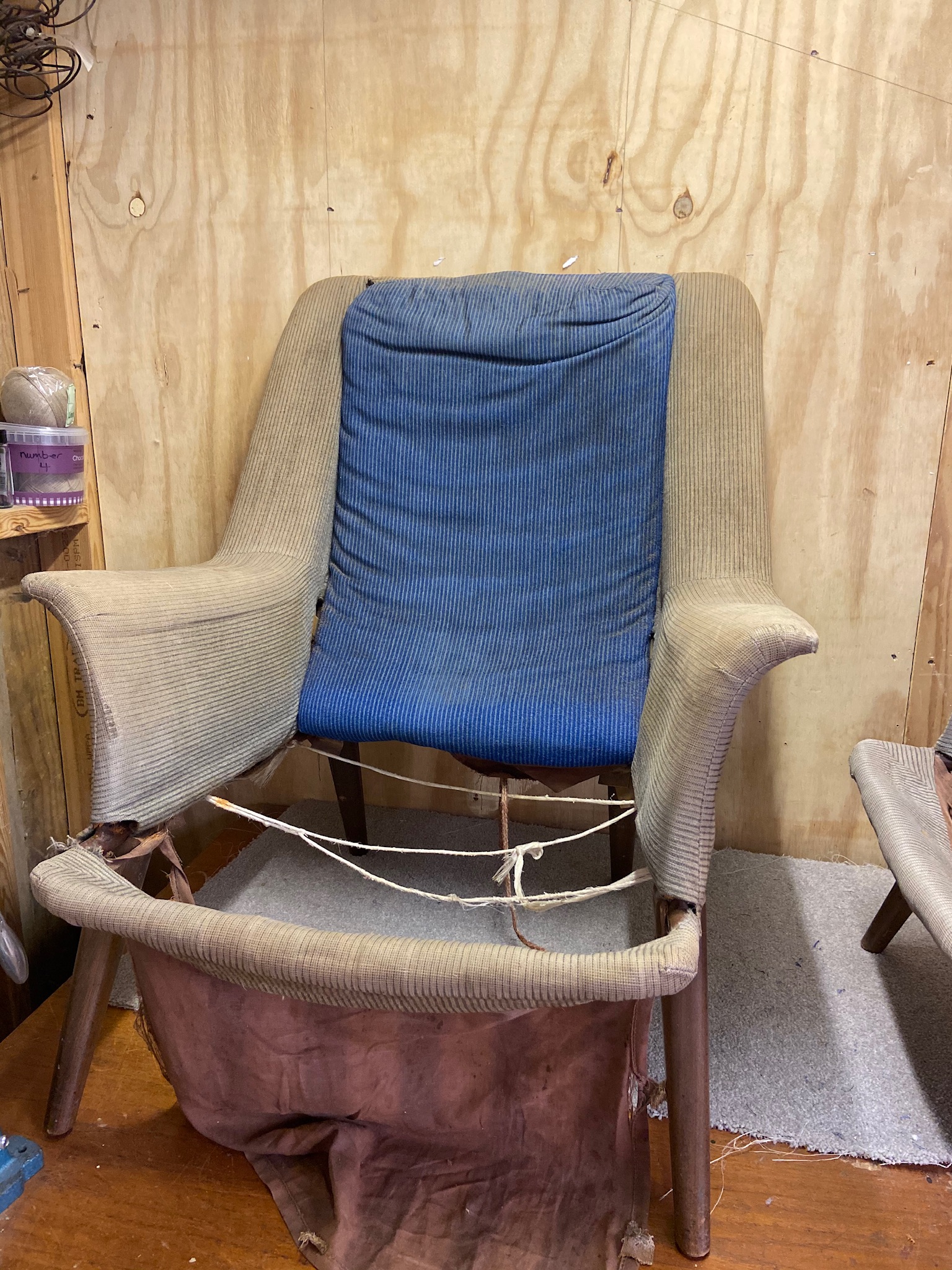 Each week we open up the workshop never quite knowing what we’ll find and a few weeks ago Dave had left an unusual Ercol Wooden Armchair that had arrived via Keith our furniture restorer. The Pirelli webbing required replacing which was not a problem but we had not seen this type of Ercol before or even [More…] 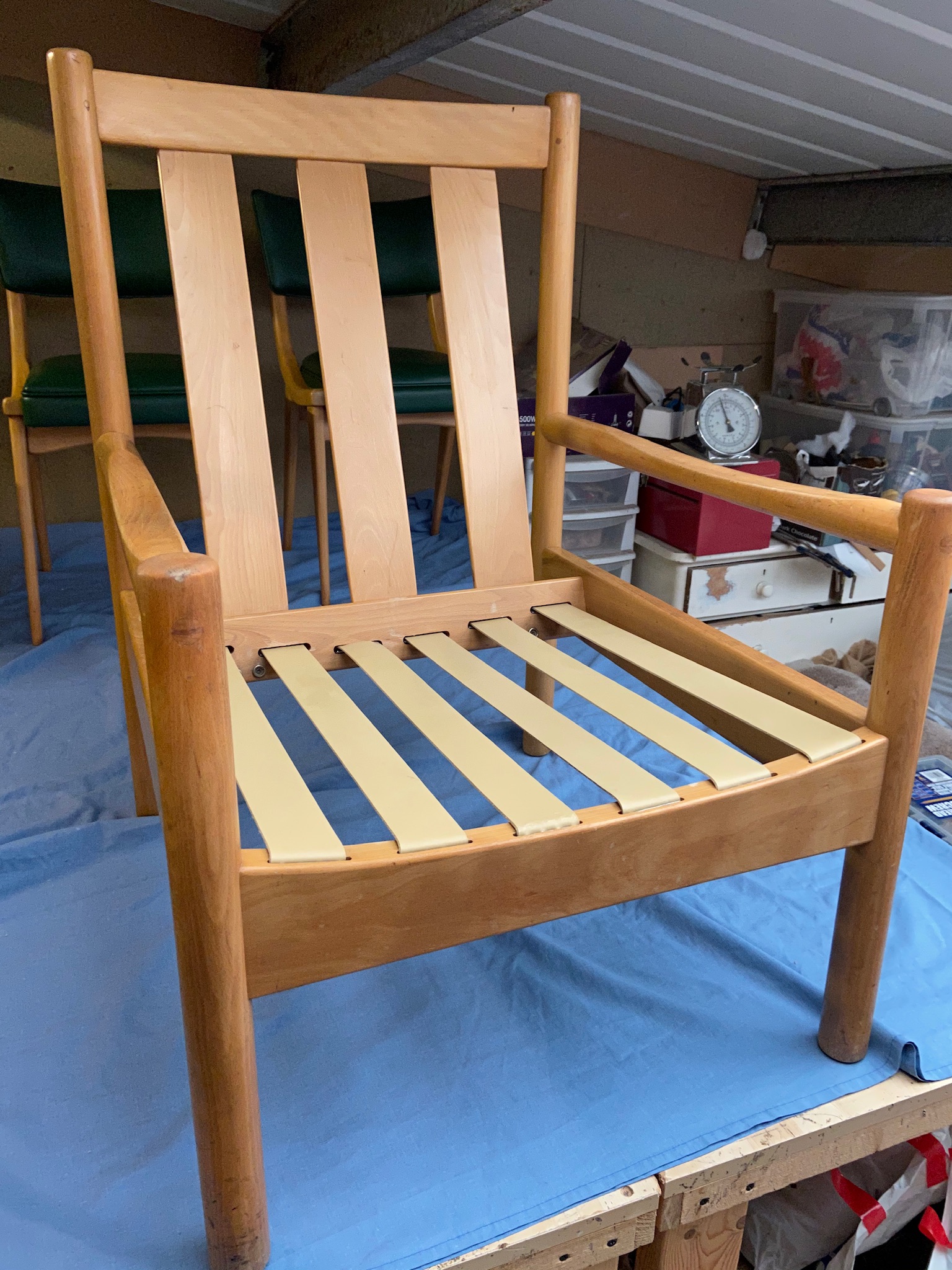 Happy New Year! It’s been quite an eventful few months but finally the gang are back together again. Some of us (Dave and Kay) stayed close and kept the ship on the right course whereas some lucky person went on her “gap year”. It wasn’t quite a gap year but Cally spent the last part of [More…] 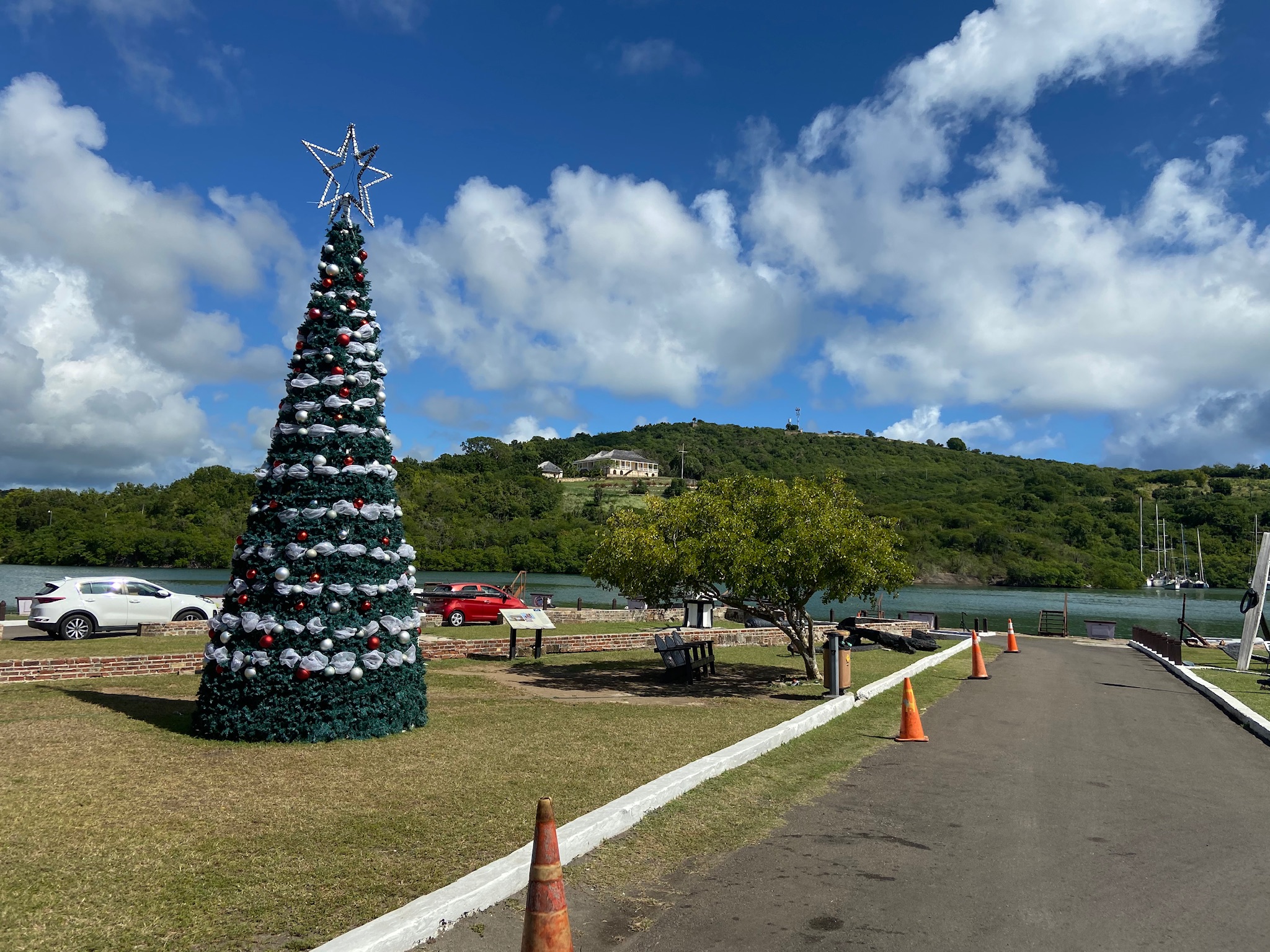 We have a policy at Number 10 where we will only take on a commission once the client has decided which fabric they want to use. The reason being is that sometimes it can take a little time to choose the right fabric and previously we have picked up large items to get ready to [More…] 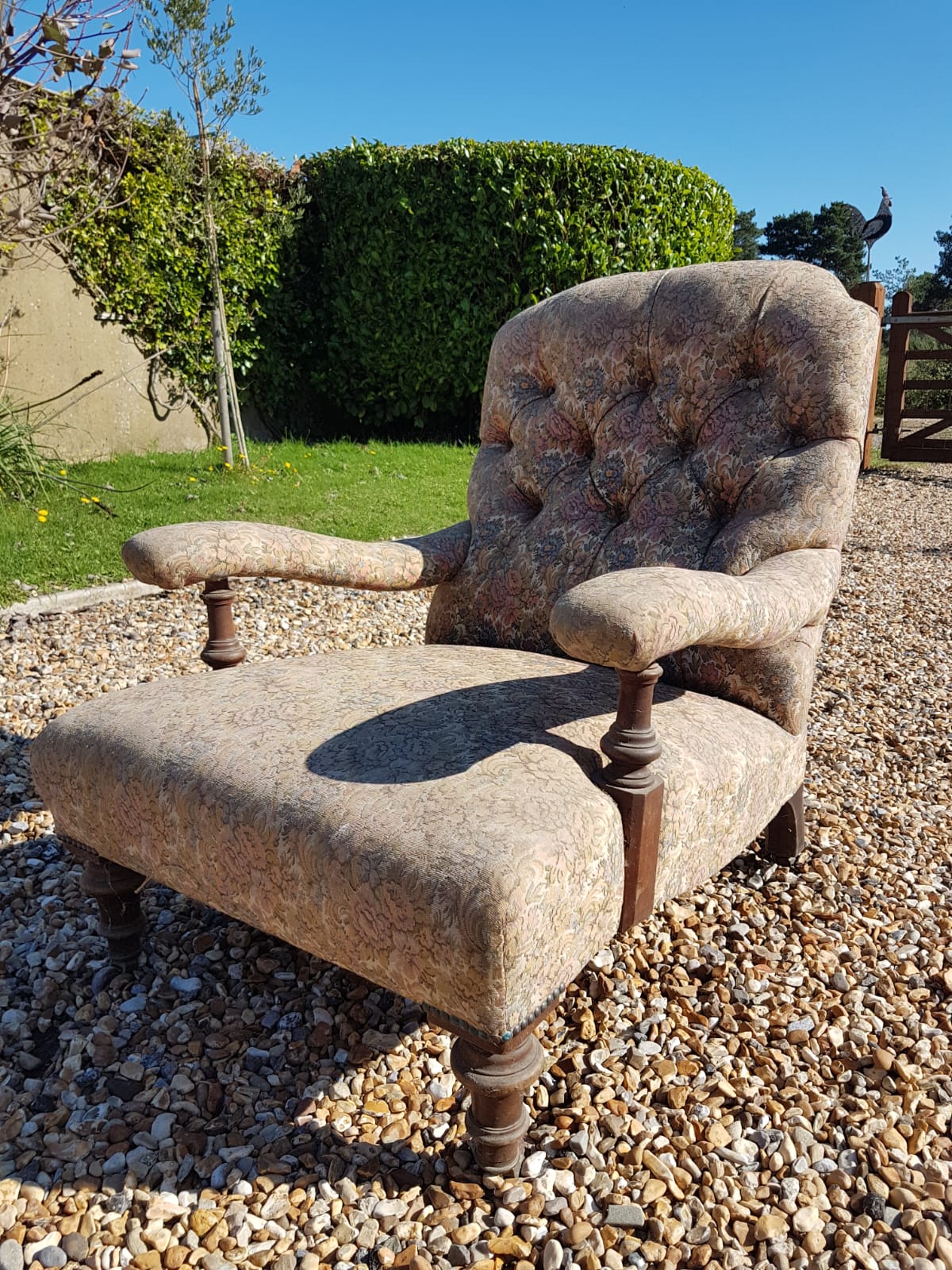 The summer is here and whilst we’ve locked up the workshop for the bank holiday, we still can’t resist enjoying some culture. August has taken us to the glorious Med where on a whistle stop tour of Corsica we found ourselves visiting Napoleon’s House…You can take the Upholsterer out of the workshop… Having visited the Warner [More…]

Wow, where has this year gone ? As we head, hurtling towards 2018, we can take a minute or two especially on this day to stop and reflect the comings and goings of the last few months. It’s certainly been eventful and to be honest, we’ve not had much time to update our Facebook page, let [More…]

With another voting porta cabin coming to a corner near you soon, it only seemed right that we got back to the workshop following our Easter break with a Campaign Chair. It’s called a Campaign Chair as it’s made to be folded up and carried by travelling armies. We believe this one dates from around [More…]

There are some things that really annoy us. Yes – not sorting out the rubbish for recycling is one. It is not an expression of free will by insisting on putting the rubbish in whatever coloured bin you want. All that happens is the bin men refuse to empty it, slap a sticker on and [More…]

When it comes to upholstery many people automatically think that it is all about sewing and can be quite surprised when we tell them that the sewing part it is just a small aspect of the trade. Initially the only sewing we did was for making piping swiftly followed by a box cushion. As our skills [More…]