With another voting porta cabin coming to a corner near you soon, it only seemed right that we got back to the workshop following our Easter break with a Campaign Chair.

It’s called a Campaign Chair as it’s made to be folded up and carried by travelling armies. We believe this one dates from around the early 20th century due to its sprung “built in” seat cushion, although we’re not sure if this one saw much military action. However, we could see it taking pride of place in a garden, watching a croquet match, quaffing a generous G&T.

The fabric, which the client provided, was used on the wrong side to show off the stunning silver thread running through it. The back comprised of two pieces sandwiched together and sewn, in order to give a clean finish from behind. Chrome decorative nails were then attached down the sides and the neck rest was stab stitched to provide definition.

Further pictures of the chair can be found under the portfolio section. 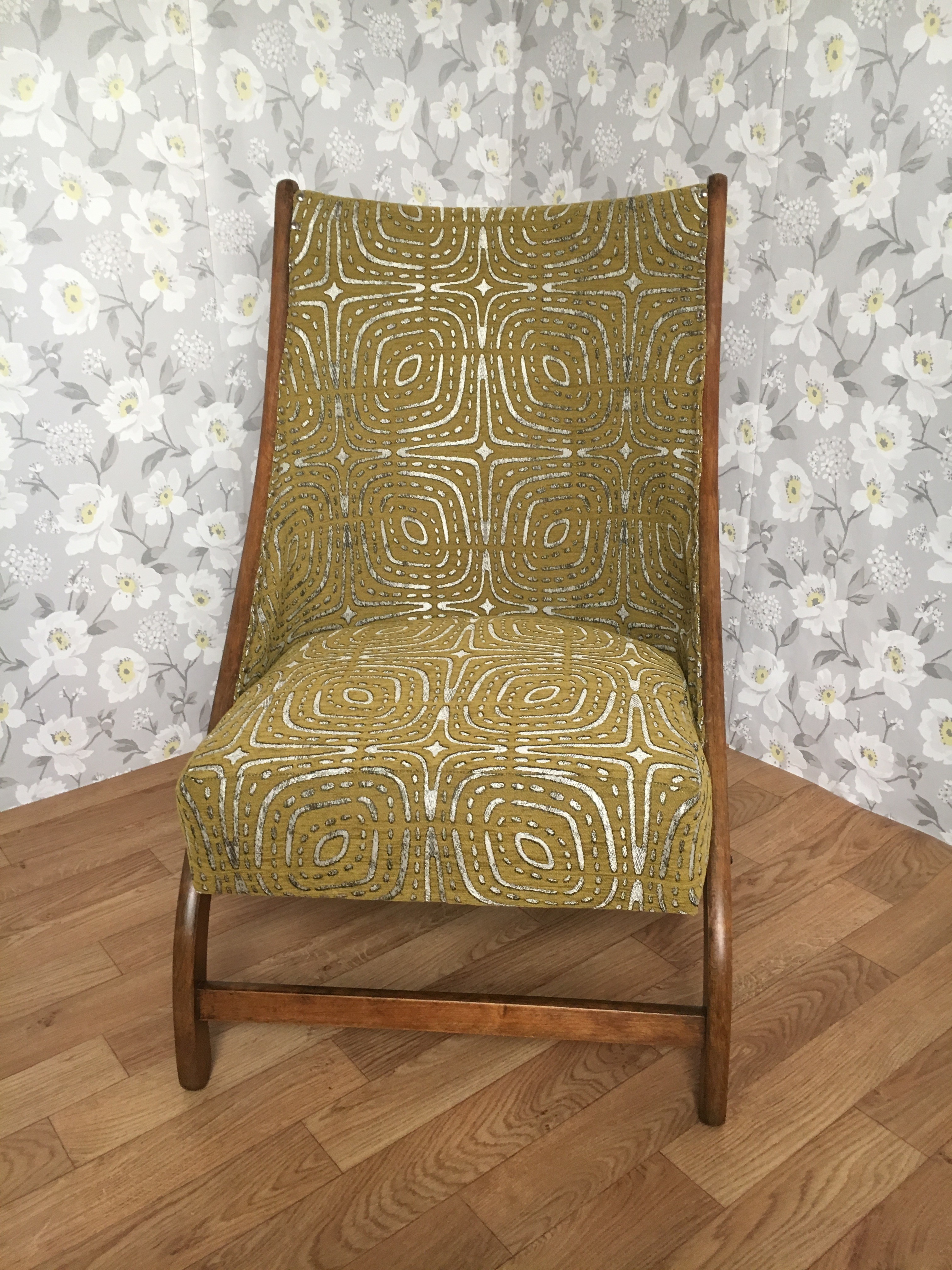